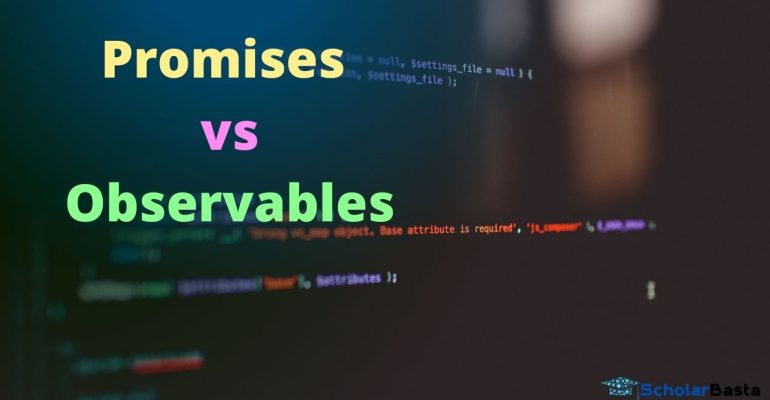 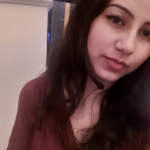 Promises can be considered as a placeholder for future value. A promise is nothing but an abstraction of API. It helps you achieve asynchronous functions synchronously. Sounds confusing? Let us dive deeper. Let us consider you are fetching some data in your application from the backend server. Based on the result of your data, something needs to happen in your application.

Now, what if this fetching takes time? Are you going to wait for the backend server to response and tilll then your app will be at a standstill? Of course not. So, you have to keep your application perform other tasks while your server responds. How do you do that? Promise is your answer.

Let us see , how to declare a Promise.

What does the above code say?

The Promise callback takes 2 parameters – resolve and reject. We must notice, resolve is called when the callback is successful otherwise reject is called. Inside the instance of promise, we provide an asynchronous function. In this case, it is just a setTimeOut( ) method. After 1 second, the promise will either be successful or it will fail. Hence, inside the setTimeOut( ) method we see that the resolve method is called with a parameter and so is the reject method. The resolve & reject method takes the parameter that is to be returned.

Let us see the various states of Promises. A promise has 3 states , namely:

Observables are nothing but functions that return a stream of values. The object that subscribes to these values is called observers. Hence, Observables returns values to the observers. An important thing to note here is Observables can handle synchronous as well as asynchronous methods. Let us see how to declare an observable. (In JavaScript and Typescript, we need to rely on the ‘rxjs’ library to use observables. )

What we have done here can be summarized as follows:

In fact, the observer.next( ) is similar to the promise.resolve( ). This method triggers the value to the observer. In the end, just like we use, promise.then( ), we have used observable.subscribe( ). This subscribe( ) method will trigger the subscription to the observable. However, this does not clear the differences between observables and promises. Let us explore more then.

The Lazy Kid vs The Eager Entrepreneur

Observables are lazy, while Promises are Eager

The statement seems confusing. Let me clear this. Observables are executed only when the .subscribe( ) method is called. Where are Promises are executed immediately. Let us see this via an example.

The result will be that you will see ‘Before Subscribe’ being printed before the ‘From an Observable’. This is because the observable will only execute after the subscribe method has been called by the observer. On the other hand, look at this code:

The result of this is:

Observables can emit multiple values while Promises can emit only single value. The parameter within the first resolve function is emitted. Let us see this with the help of an example.

The output will be just ‘Value 1’ because only the first resolve method’s parameter is printed. On the other hand, let us look at the observable:

The output will be both ‘Value1’ and ‘Value2’, which clearly indicates both the parameters for the consecutive observer.next( ) methods are being printed.

Observables can be unsubscribed whereas promises cannot be unsubscribed, per se. In fact, we can use the observer.unsubscribe( ) method whenever we do not need an observable. As a matter of fact, in frameworks like Angular, React this is particularly useful.

As soon as the unsubscribe method is called the observable is destroyed and, consequently, the memory allocated for it is freed. However, promises do not support this feature. Certainly, this poses a disadvantage of promises over observables.

Ever heard the concept of reactive programming? It is a pretty popular programming pattern for budding front-end developers nowadays. Reactive programming is that pattern of programming that comes into play when we want to combine or utilize one or more streams. Streams are emitted by observables and are nothing but collections of data that might not be available all at once.

The biggest disadvantage of a Promise is that it does not support Rxjs Operators. Rxjs operators are used to performing reactive programming. Let us take a small look at what this is like using a method called a filter( )

So as we can see, here we are filtering the value whose string matches with ‘Value1’ using the filter( ) method. As a consequence, we can clearly say to perform such functions and even more complicated ones, observables are our choice. However, such functionality obtained from rxjs operators is not supported by Promises.

That is all for today. I hope you had a good time learning. Thank you! 🙂

How to convert a list to a string in Python?